The first results report on the action of the Sahel Alliance, at the end of its 3 years of existence, was officially published on Tuesday 19 January during a digital conference. The conference panel brought together high-level speakers, including the Spanish Minister of Foreign Affairs, the European Union and Cooperation, and the Mauritanian Minister of Economic Affairs and Promotion of Productive Sectors. 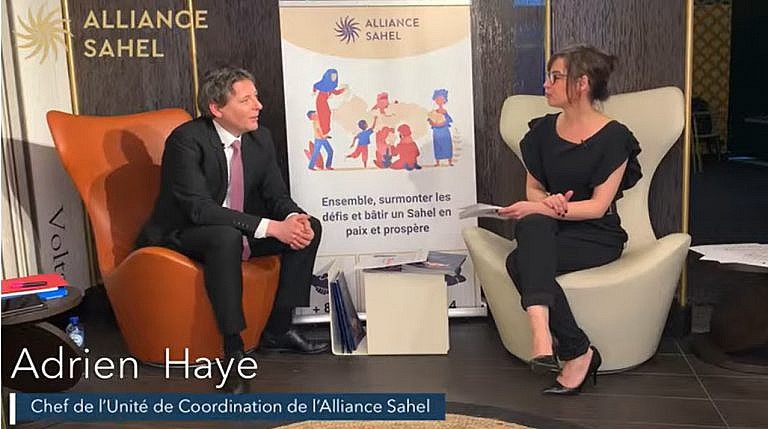 This first report provides an opportunity to take stock of this cooperation, to highlight the innovative approaches developed as well as the challenges to be met, and to show the impact of the projects funded:

The Sahel Alliance has established itself as the main platform for coordination and consultation on international development cooperation in the Sahel region and as a privileged mechanism for dialogue with the G5 Sahel and its member states” according to H.E. Minister Arancha González Laya, President of the Alliance’s General Assembly.

The Sahel Alliance now brings together 24 development partners and represents nearly €17 billion in funding – an amount that has doubled in 3 years.

By supporting nearly 900 development projects, we are mobilizing in areas of severe insecurity as well as in job-creating regions to improve people’s lives through very concrete projects,” according to Rémy Rioux, Chief Executive Officer of the Agence Française de Développement (AFD)

The Sahel Alliance and the G5 Sahel have worked to launch 18 of the 21 projects of the Emergency Development Programme (EDP) in the priority sectors of resilience, water and social cohesion,” according to H.E. Minister Kane Ousmane Mamoudou, Chairman of the G5 Sahel Council of Ministers.

The core issue of accountability

Accountability to beneficiary populations is paramount, not least because one of the manifestations of poverty lies in this sense of marginalization of the most vulnerable individuals, that is, their exclusion from the decisions that are supposed to shape their destiny”, according to H.E. Mr Tertius Zongo, Director of the Sahel Chair at FERDI, a research body closely involved in drafting the report.

the need to move from declarations to actions – and to relinquish the fragmented approach of operators who give prioritize the visibility of their interventions against the achievement of tangible results.”

In closing the conference, HEM Angel Losada, European Union Special Representative for the Sahel, stressed that:

Our commitment is more important than ever. The stabilisation of the region and national democratic processes, such as in Mali, must also be accompanied by development.”

The Alliance must now consolidate its action and demonstrate, in a tangible and visible way, increased effectiveness on the ground. The urgency of the situation, which continues to deteriorate despite increasing amounts of aid, demands it.

The results report for the 3 years of the Sahel Alliance is available on its website and for download in PDF format.

< Editorial – May 2021
Burkina Faso: the municipalities improve people’s access to basic social services and local democracy >
Scroll back to top