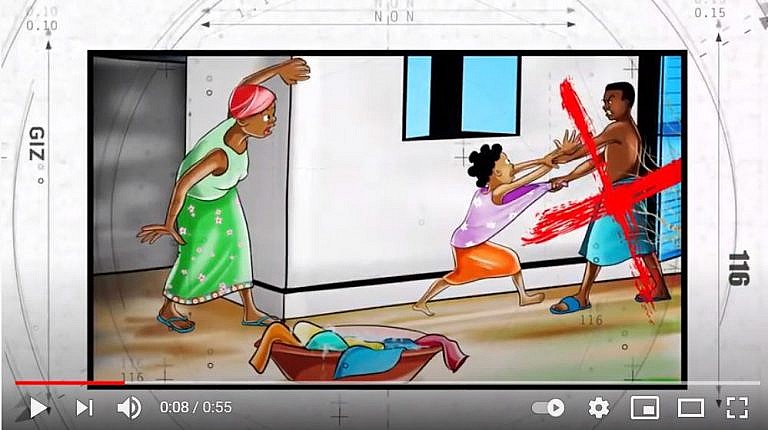 Children are a vulnerable group in Burkina Faso, and respect for their fundamental rights is sometimes undermined. Physical and psychological violence against them is the best known, but the phenomenon of child labour is far from being a marginal issue. Underage girls are sent from the countryside to the cities to work in households, children are employed in gold panning (artisanal gold mining) and cotton cultivation. In addition, the problems of child marriage, early pregnancies and female genital mutilation are realities and generally go hand in hand with school drop-out. Growing violence due to recurrent terrorist attacks since 2016, particularly in the Sahel region, and more recently in the Eastern region, has exacerbated these problems.

If the problems can be managed preventively, the chances of finding a solution are greater. With this in mind, the national number 116 was created in 2018. All citizens can call this number free of charge to report child abuse. The social service of the municipality will then be alerted and can act immediately to find a solution.

The Covid pandemic, an aggravating factor

Despite a promising launch, the 116 telephone line, intended to denounce acts of violation of children’s rights, has been somewhat forgotten lately. The COVID-19 pandemic crisis, which has been a reality in Burkina Faso since March 2020, has changed this. At the global level, COVID 19 has led to an increase in abuses against children and women, mainly due to the combination of home confinement measures and the closure of schools. Children and women find themselves at home, where they may not be safe, contrary to popular belief.

As soon as COVID-19 appeared, the General Directorate for Family and Children (DGFE), the department responsible for child protection within the Ministry of Women, National Solidarity, Family and Humanitarian Action (MFSNFAH), approached PRO-Enfant, a German Cooperation project in the portfolio of the Sahel Alliance. The Ministry asked to be able to use existing funds to make an awareness raising film. The objective: to give visibility to the 116 hotline, given that the containment measures risked encouraging the resurgence of violence against children. Indeed, one of the measures of containment in Burkina Faso from March onwards was the closure of schools. The awareness film is available in French and in 4 national languages: Moore, Gourmantché, Fufulde and Dioula. It is broadcast on national and local channels.

PRO-Enfant hopes that this awareness-raising tool developed by one of the programme’s main partners will have a positive effect on the number of denunciations of violence perpetrated against children. In this way, PRO-Enfant hopes to be able to contribute effectively to a more rapid handling of these cases.