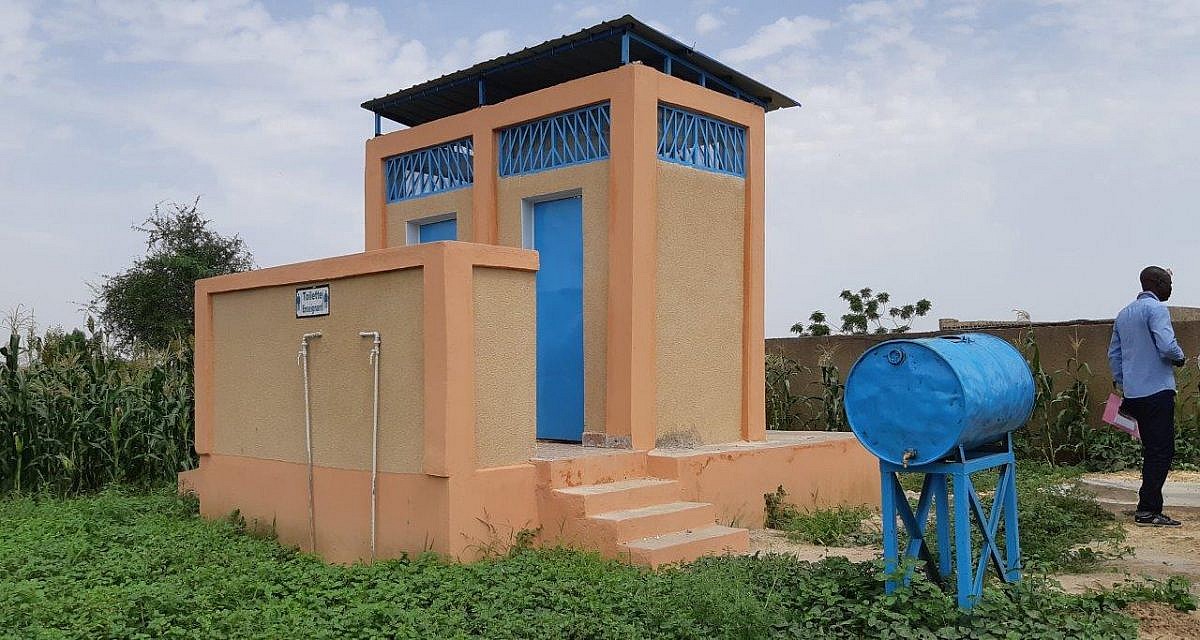 20,000 residents of the 7th and 8th districts of the Chadian capital are benefiting from improved access to drinking water and sanitation. The N’Djamena Water & Sanitation Project (Projet eau & assainissement à N’Djaména, PEAN), cofinanced by AFD and the European Union, operates in the Habéna, Atrone, Amtoukoui, Boutalbagar, Zafaye and Angabo neighbourhoods. These neighbourhoods are partly inhabited by underprivileged populations, newcomers to the capital following a massive rural exodus in the late 90s. The city of N’Djamena faces serious problems in these outlying neighbourhoods in terms of drinking water supply, flooding, management of household waste and domestic wastewater, mainly due to the lack of sanitation infrastructure.

The PEAN project addresses one of the six priority sectors of the Sahel Alliance, namely “improvement of basic services and decentralization”. Moreover, its co-financing by two members of the Alliance, AFD and the EU, meets the need for this coordination facility, which is at the very heart of the creation of the donor platform.

This is not AFD’s first experience in the water and sanitation sector in N’Djamena. In the past, AFD has contributed to the construction of a first 12 km drainage canal (N’djari canal) to evacuate rainwater from several outlying neighbourhoods to the north of the city, bringing positive results in terms of improving living conditions and the health of populations during the rainy season. AFD financed eight mini drinking water supply networks in these same neighbourhoods, thus providing water to these areas not serviced by the Société Tchadienne des Eaux.

The project therefore aims to improve access to basic urban services such as drinking water and decent toilets in the northern and eastern districts of N’Djamena and to reduce flooding in this area by building drainage infrastructure. It comprises 3 components:

In essence, the Sahel Alliance aims to improve the lives of Sahelian populations with targeted projects in 6 priority sectors, including water and sanitation. The members are facing major challenges that require a pooling of funds in order to develop projects with greater means and increased efficiency.

Faced with the health crisis that has affected Chad, the PEAN project has mobilised to contribute to the fight against Covid-19.

A ceremony to launch the Covid-19 Action Plan by the Mayor of the N’Djamena municipality took place on 9 June 2020 with the representatives of AFD and the European Union in attendance.

N’Djamena City Hall demonstrated great responsiveness in preparing this plan to combat the spread of covid-19, with the support of its financial partners, AFD and the EU. This plan will make it possible to implement the free water supply announced by the President of the Republic on 14 April for a period of 6 months and to launch a major operation to raise awareness among populations in 6 neighbourhoods about the measures to protect themselves from Covid-19.

< “TOGETHER, WE ARE INDEBTED TO THE PEOPLE OF THE SAHEL”
Microcredit, a lever for economic self-sufficiency in Chad >
Scroll back to top