In 2018, the G5 Sahel countries asked the G5 Sahel Executive Secretariat (SEG5) to draw up an Emergency Development Programme (EDP) to stabilise the areas facing complex security challenges and severe economic, social and climatic vulnerability. The Sahel Alliance members have mobilised since December 2018 to implement this programme : they have financed, to the tune of 266 million euros, 22 so-called ‘quick-impact’ projects, aiming to improve the living conditions of populations in the fragile border regions of the three Joint Force intervention areas epicentre of the Sahelian crisis, according to three main pillars:

Recognising the relevance of this programme and the results achieved, Alliance members have increased their initial financial commitments. The amounts mobilised now stands at 514 million euros, an increase of 93% over the initial budget.

Three years into its implementation, the Sahel Alliance members note that the PDU is an appropriate and effective tool to help meet the basic needs of populations in crisis situations and strengthen social cohesion among the communities. Today, 22 national and 9 multi-country projects are being implemented. 5 projects have already been completed. 207 million euros have been disbursed, demonstrating a higher implementation capacity (40%) than is usually the case for funded projects in the G5 Sahel countries.

These projects significantly contribute to the objectives of the “civil surge”: delivery of essential services, strengthening the resilience of vulnerable populations, restoration or consolidation of social cohesion. Aiming for rapid and tangible results, they focus their support on basic services to help beneficiaries stay in their territories by meeting their basic needs. 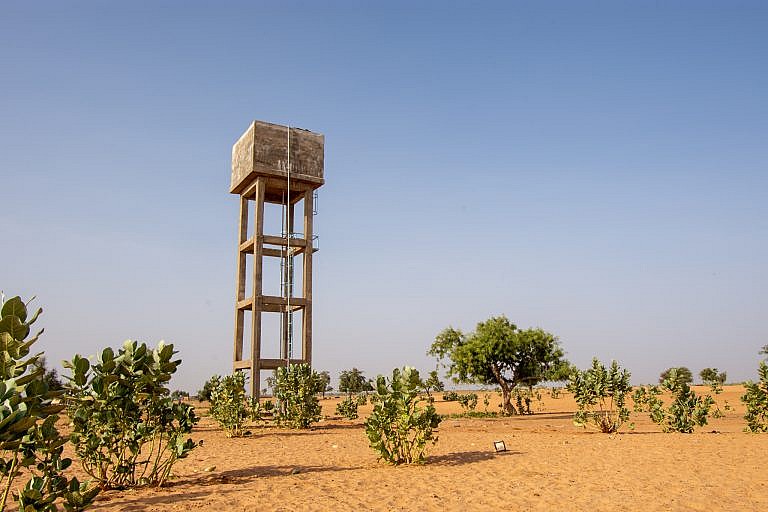 Pillar 1 projects target the overarching objective of expanding access to water and sanitation. They have already enabled 1 080 302 people to have improved access to drinking water and 400 000 beneficiaries to use better sanitation services

In Mauritania, the “G5-2Hodh” project (EUR 12 million, French/AFD funding) finances emergency rehabilitation work on the infrastructure providing access to drinking water in the Hodh Ech Chargui and Hodh El Gharbi regions. Between June and November 2020, thanks to the emergency status of the project implemented by the Mauritanian Ministry of Hydraulics and Sanitation, 14 communities had their drinking water system rehabilitated, to the benefit of 11 600 inhabitants. 170,000 people now have improved access to sanitation services.

In Burkina Faso, the sector budget support for the water and sanitation sector, which is funded by Germany (EUR 18 million), has contributed to the construction and rehabilitation of water and sanitation facilities throughout the country. The support helped to create 10 simplified drinking water supply systems (SDWSs), 302 boreholes and 6,095 family latrines.

In Niger, 22 000 people have recently been supplied with drinking water since 33 drinking water systems (DWSs) were rehabilitated in Tillabéry, thanks to the Water Supply and Sanitation Component for the North Tillabéri and West Tahoua areas in Niger, within the framework of the European Union’s PROSEHA (EUR 8 million).

Programmes under Pillar 2 provide multi-sectoral support to help people preserve and strengthen their livelihoods. To cope with the most extreme situations, the PDU projects have made it possible to provide food assistance to 125 000 beneficiaries. They also develop income-generating activities, strengthen the fabric of small and medium-sized enterprises in the territories and rehabilitate agricultural land and pastoral activities. They have thus enabled 194 000 people to maintain and develop their livelihoods and incomes in their local areas.

In Mali, the World Bank’s Konna Economic Recovery and Stabilisation Project – PRRE (USD 30 million) rehabilitated and rebuilt 60 per cent of the buildings at the port of Konna, which resumed operation since June 2020.

Thanks to the project, the port has also benefited from other economic recovery activities, such as the construction of latrine blocks, shops, offices, sheds, a water tower, etc. Moreover, having been extended to June 2021, the project was able to implement activities of community interest, such as creating and equipping a youth centre in Konna, a digital centre and a sports complex. At the inauguration of these infrastructures, the Malian government praised the Sahel Alliance members’ coordination on the Konna project as a success story.

In Niger, the Strengthening Resilience and Human Development Programme funded by the Spanish cooperation (EUR 10,8 million), implemented in the Tahoua region, enable 6 685 beneficiaries, 50% if whom where women, to maintain and develop their livelihoods and income. Among other things, it resulted in the creation of 7 cattle feed production units, the donation of cattle and agricultural processing equipment and the development of 29 market garden sites with a total surface area of 15.38 ha.

The actions undertaken under Pillar 3 aim to strengthen or even rebuild trust between the various communities but also amongst civil populations, the authorities and public institutions. They create spaces for dialogue, conflict management committees, communication and awareness-raising tools (community radio, peace caravans) and place young people and women at the heart of the mediation and conflict prevention processes. The PDU has thus supported the creation of 1 572 structures contributing to conflict prevention and social cohesion and has made it possible to raise awareness among 414 000 people in the five Sahelian countries. 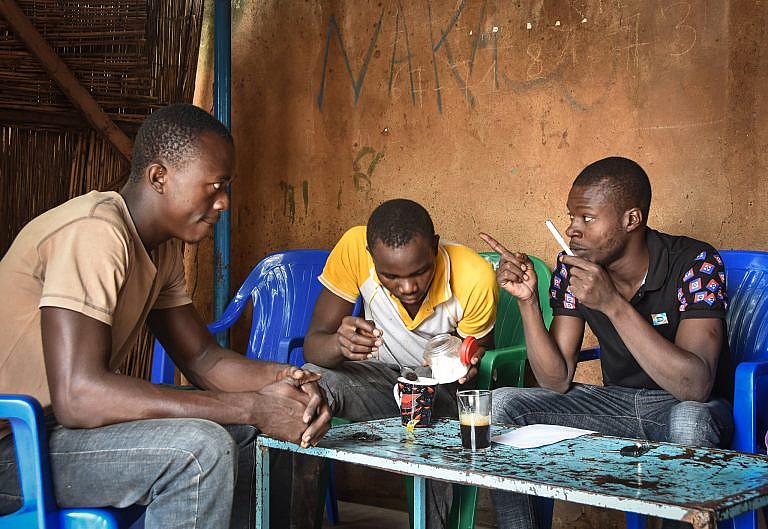 Four measures contribute to Pillars II and III as part of an integrated approach to strengthening the populations’ food and nutrition resilience and reducing the number of intercommunity conflicts in the most vulnerable areas. The European Union Emergency Programme for the Stabilisation of G5 Sahel Border Areas (EUR 147.8 million) funds cash transfers through NGOs in the most vulnerable border communities of the G5 Sahel to enable the populations to meet their food needs. As a result of the programme, 111 953 beneficiaries received food security support. 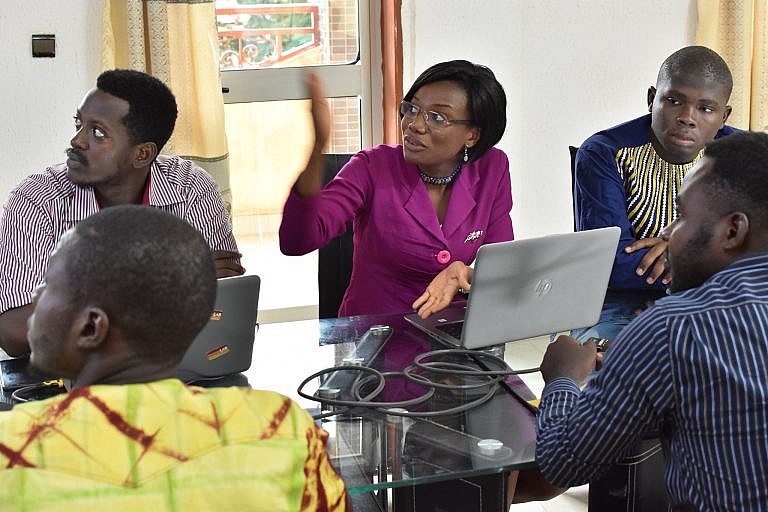 The UNDP Youth and Peace project (USD 3 million) supported efforts to consolidate peace and security in Mali and Burkina Faso through a participatory governance approach involving young people in promoting peace and development to prevent and manage local conflict. Thanks to the project, the needs and aspirations of 390 young people, including 150 women, have been integrated in the local decision-making processes and framework.

In the implementation of the PDU, particular attention is paid to support to local authorities and devolved state services, to enable them to better fulfil their role as service providers for the benefit of the populations and contribute to their revaluation in the eyes of the beneficiaries. PDU projects thus contribute to the functioning and capacity building of the municipalities, to the project management of local authorities and to the development of strategies for the mobilisation of municipal resources. They support local authorities in improving their accountability towards their constituents and in promoting inclusive and participatory governance.

Several PDU projects have been co-financed or parallel-financed by members of the Sahel Alliance, in a partnership approach that reflects the strengthened operational coordination between donors and illustrates the benefits (the reconstruction and economic recovery projects in Konna, Mali, and the projects of support for social safety nets in Mauritania are emblematic examples). Three of them are part of a regional approach, at the G5 Sahel level, in order to address common challenges while also contributing to the strengthening of sub-regional integration.

Lastly, a ” multi-stakeholder ” implementation (States, local authorities, NGOs, etc.) has been prioritised in order to best adapt to the intervention contexts of particularly fragile areas. This implementation was characterised by a high degree of flexibility, with adjustments (in content or geographical targeting) undertaken to reflect the difficulties encountered or the evolution of intervention situations, as well as streamlined procedures and operating methods.

< Sahel: a new financial tool to fight poverty and inequality at the grassroots level
Digital technology and employment for young people in the Sahel: meeting the challenges and creating opportunities >
Scroll back to top