The European Union has strengthened its commitment to support the Burkinabe State in providing access to drinking water and sanitation through the signing in December 2020 of two grant contracts for a total amount of (€5,000,000), one with the Office Nationale de l’Eau et de l’Assainissement (ONEA) and the other with the Burkinabe Red Cross. These two projects are the result of a reallocation of funds initially intended for the hydro-agricultural development project around the Bambakari-Tin-Akoff Dam.

This project is being implemented by the Office National de l’Eau et de l’Assainissement (ONEA) of Burkina Faso for a period of 48 months (2021-2022).  The overall objective is to guarantee universal access to water and sanitation for the population of Burkina Faso by 2030. The aim is to improve access to drinking water and sanitation for local populations and displaced persons in the towns of Dori and Djibo. To achieve its goals, the project places particular emphasis on constant consultation between ONEA (the implementing structure) and the municipal executives of the towns of Dori and Djibo in carrying out the activities.

Ultimately, this project will strengthen the production capacity of the drinking water supply systems of the towns of Dori and Djibo. It will also improve access to sanitation infrastructure in households, institutions and public places. Finally, it will optimise the exploitation of the resource and the drinking water and sanitation facilities.

To date, the project team has been set up within ONEA. It has initiated work on the operational planning of activities with the stakeholders in the relevant municipalities. The official launch of the project will take place in the coming weeks (June-2021).

To achieve this objective, the project relies on the strategy of building drinking water facilities (boreholes with human-powered pumps and for simplified water drinking supply systems, drinking water distribution) and sanitation facilities (latrines). With a view to improving ownership of the project by the population, the project is based on community mobilisation through the involvement of local authorities and beneficiaries. 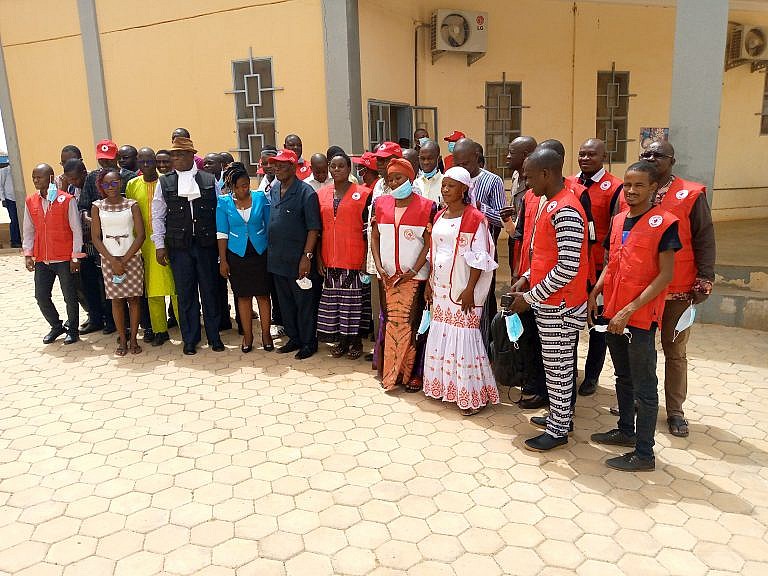 The two projects are part of a coordinated response by the European Union to the concerns of the populations of the Sahel region, whose water and sanitation needs have increased as a result of the massive influx of internally displaced persons into the urban centres of this region. To ensure the efficiency of actions on the ground, ONEA and the Burkinabe Red Cross will interact in order to pool resources and maximise achievements for the benefit of the communities and internally displaced persons.