From Nouakchott, the G5 Sahel & Sahel Alliance launched on Thursday 21 October “The G5 Sahel Facility”, a programme to help the most vulnerable populations in the Tri-border region. The German government is supporting the project with €50 million in funding. Called “The G5 Sahel Facility”, the programme will provide the target populations with “health centres, schools and, most importantly, water points”, said Mikaïlou Sidibé, head of the G5’s infrastructure department. The programme will start in the Gao region of Mali, before extending to more marginalised areas.

The G5 Sahel countries are indeed facing many peace and development challenges, at the centre of which are inequalities rooted in the fragile governance of central states. However, the region’s potential, particularly in terms of peace and conflict resolution, must also be taken into account. The ground is indeed rich for developing more virtuous projects with and for the benefit of the populations. Fighting poverty and inequality at the grassroots level is undoubtedly the best way to counteract the drift towards security.

In order to increase support for development initiatives and to implement the civilian surge envisaged by the Ndjamena Summit, the German Ministry for Economic Cooperation and Development (BMZ) has just created a regional facility – called the G5 Sahel Facility. This facility is dedicated to financing multi-sectoral development, crisis prevention and peacebuilding measures in response to the crisis context in the Sahel region. This financing instrument is being developed by the KfW in close cooperation with the G5 Sahel Executive Secretariat (G5 ES), with the aim of including other donors who are members of the Sahel Alliance and wish to channel funding through the Facility.

The objective of this approach is to create an operational instrument in 2021 for faster, needs-based action in the increasingly fragile regional context of the G5 Sahel countries. It also aims to develop an instrument that will allow co-financing of activities through a single channel that can draw funds from several donors, thus contributing to the harmonisation of financial support in the region. The instrument will be strategically aligned with the priorities of the G5 Sahel, materialised through the CAPI and the regional intervention strategies of the Sahel Alliance, the Integrated Territorial Approach. 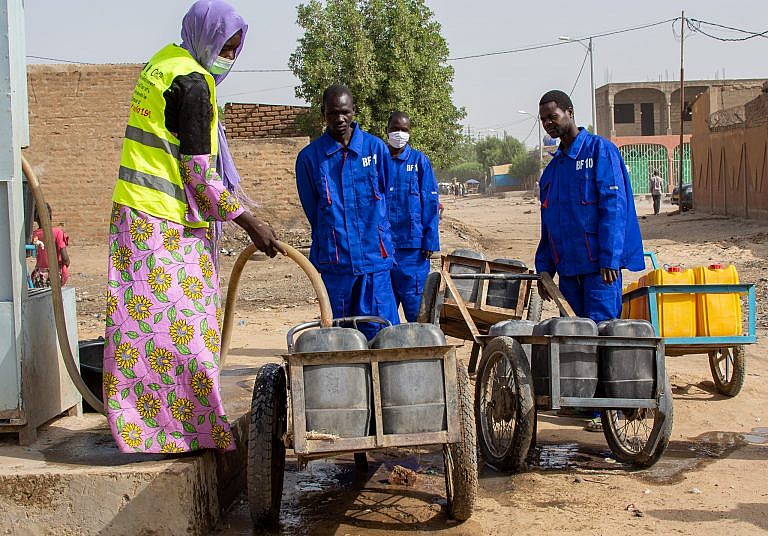 A territorial and flexible approach is proposed for the development and implementation of projects to be financed by this new Facility. The aim is to use the G5 Sahel Facility’s investment funding to stimulate inclusive and sustainable social and economic development that simultaneously integrates different groups in conflict and strengthens governance mechanisms and confidence in state structures. The design and development of projects to be funded will be based on regional analyses and region-specific calls for concept proposals.

The G5 Sahel Facility will receive an initial grant of EUR 50 million in 2021 from the BMZ. After its operationalisation, a first pilot project of the Facility will then be launched in the second half of 2021. Concrete measures will include community infrastructure, training and income-generating activities. Each project financed by the Facility will focus on multi-sectoral territorial and conflict dynamics studies, community dialogue and consultations with national authorities.