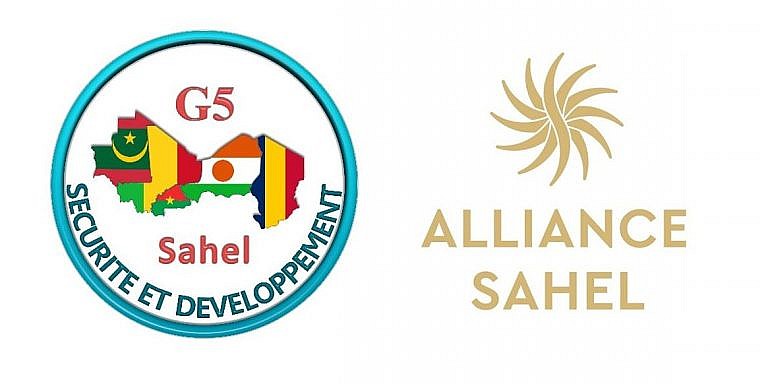 Burkina Faso, Chad, Mauritania, Mali, Niger and Mali formed the regional organisation of the G5 Sahel to fight together against the challenges facing the Sahel countries. Their governments joined forces at a summit in Nouakchott on 15-17 February 2014 to collaborate and coordinate for security and development. This institutional framework aims to facilitate effective cooperation on 1) defence and security, including the fight against terrorism and organised crime in the five countries; 2) resilience and human development; 3) infrastructure; and 4) governance.1 These four main missions are complemented by intense sub-regional diplomatic activity and several “structuring projects”, including the creation of a G5 Sahel Joint Force to combat terrorism and cross-border crime throughout the Sahel.

The internal organisation of the G5 Sahel

The G5 Sahel is structured around a steering mechanism that comprises 3 main entities: the Conference of Heads of State, the Council of Ministers and the Executive Secretariat of the G5 Sahel (SEG5).

The Conference of Heads of State is the supreme organ of the G5 Sahel and comprises all the Heads of Member States. It is the decision-making body and sets the major orientations and strategic objectives. The presidency rotates on an annual basis among the member countries. The Conference is held in ordinary session once a year but may meet in extraordinary session upon convocation by the Chairperson of the Conference or at the request of one or more Heads of State.

The Council of Ministers is the organ tasked with monitoring the implementation of the G5 Sahel policy and provides strategic guidance and impetus. It brings together the Ministers in charge of Economy and Development Planning of the G5 Sahel member countries and Ministers whose programmes and projects are featured on the agenda of the Conference.

The Executive Secretariat is the executive organ of the G5 Sahel’s Conference of Heads of State, placed under the authority of the G5 Sahel’s Council of Ministers. The Secretariat is headquartered in Nouakchott, Mauritania, and is responsible for managing strategic and operational interfaces, administering the joint financing fund, providing operational guidance and impetus, and monitoring and evaluating the strategy. Maman Sambo Sidikou has been the Executive Secretary since the G5 Sahel summit held in Niamey on 6 February 2018. He is assisted in his mission by the Heads of Departments: Resilience, Peace and Security, Infrastructure and Governance.

In order to strengthen coordination, each G5 member country has set up a National Coordination Committee (NCC) made up of experts from the intervention sectors. The NCCs operate under the authority of the G5 Executive Secretariat and their main mission is to coordinate and monitor the implementation of the strategies and actions developed in the framework of cooperation between the Sahelian states.

In order to achieve the strategic results and meet the security and development challenges in the Sahel-Saharan region, the G5 Sahel adopted the Strategy for Development and Security (SDS) which takes up the 4 strategic pillars of the G5 Sahel mentioned above: defence and security, governance, infrastructure and resilience and human development. These pillars are reflected in a Priority Investment Programme (PIP), drawn up by the G5 Sahel.

In December 2018, at the G5 Sahel Partners and Donors Coordination Conference for the financing of the PIP, the Sahel Alliance pledged to contribute nearly €1.6 billion to the PIP in order to support the G5 countries in achieving their development objectives. This includes €266 million under the Emergency Stabilization Programme (PDU) which is part of the PIP and aims to launch quick impact projects to stabilise the most vulnerable cross-border regions.

The Sahel Alliance Secretariat organises regular meetings between the G5 Presidency, the SEG5 and representatives of the G5 member states in order to monitor and coordinate actions already underway and to identify needs. For example, the SEG5 is systematically involved in the meetings of the Alliance’s decision-making body. These sessions mark an important step towards deepening the SA’s collective work and making its priorities more consistent with those of the G5 Sahel.

In February 2020, the rotating presidency of the G5 Sahel moved from the President of Burkina Faso, Mr. Roch Kaboré, to Mr. Mohamed Ould Cheick El Ghazouani, President of Mauritania, for a one-year term. The Roadmap of the Mauritanian presidency of the G5 Sahel, placed under the theme “Youth and Hope”, provides the strategic orientations for the duration of his term of office and provides for the launch of an education and awareness-raising programme on the prevention of terrorism for the benefit of young people. At the beginning of 2021, the rotating presidency will pass to Chadian President Idriss Déby.

In order to accelerate the implementation of the SDS, a new Integrated Priority Action Framework was adopted in February 2020 by the Heads of State of the G5 Sahel at the summit in Nouakchott. The objective of the CAPI is to provide an integrated reference framework for programming. It is accompanied by an Action Plan which proposes a total of 20 quick impact actions that are realistic, measurable and flexible, to be carried out on the security and development components in the most fragile areas. In the long term, the impact of the G5 Sahel’s action through CAPI is that the Sahelian space is reconciled and engaged on an inclusive path of collective security and development where the State is legitimate in its role and invests for local populations.