The Spanish Minister of Foreign Affairs, European Union and Cooperation, Arancha González Laya, has just concluded her second visit to the Sahel, as President of the General Assembly of the Sahel Alliance, a position to which she was appointed in June 2020, for a period of one year. Following her visit to Niger and Chad in early October, she visited Burkina Faso and Mali from 22 to 24 October.

In Burkina Faso, Ms. Arancha González Laya was received by the President of the Republic, Roch Marc Cristian Kaboré, and the Prime Minister, Christophe Joseph Marie Dabiré. The Minister reaffirmed the support of the Sahel Alliance to Burkina Faso. 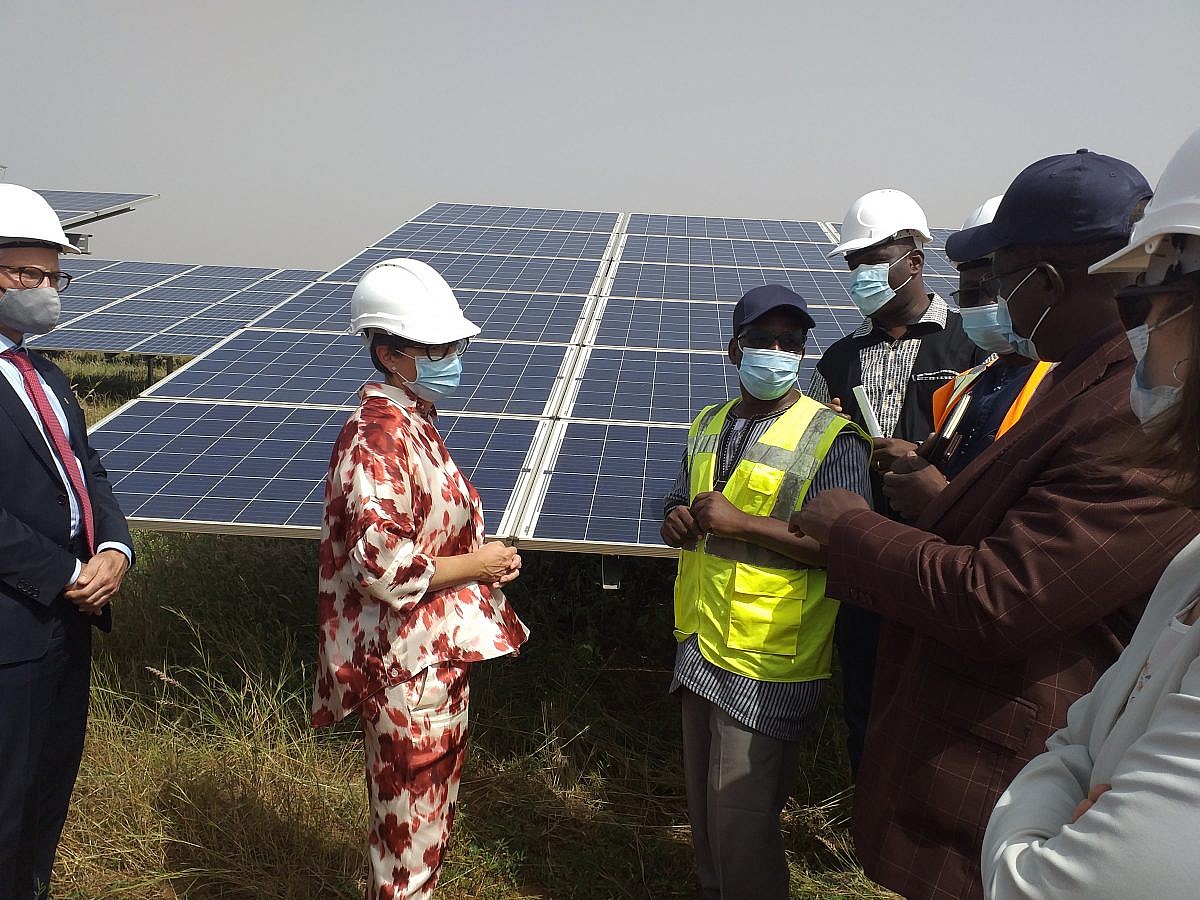 During her meeting with her Burkinabe counterpart, Alpha Barry, and other members of the cabinet, she reiterated the Sahel Alliance’s commitment to security and stability in Burkina Faso, as well as to strengthening the country’s economic and social development.

In order to gain an insight into the role played by the Sahel Alliance on the ground, Mrs. Arancha González Laya visited the photovoltaic solar energy production project in Zagtouli. This innovative project of the Sahel Alliance, funded by the European Union and France, aims to reduce Burkina Faso’s dependence on foreign supplies and increase the country’s share of renewable energy. The Zagtouli solar power plant accounts for 4% of the country’s annual electricity consumption, providing clean electricity for 660,000 people and reducing by four times the national production cost based mainly on thermal energy.

Meeting with the new authorities of Mali

In Mali, Minister González Laya stressed Spain’s support to the democratic consolidation efforts of the country’s new government of transition, stability and security.

The President of the General Assembly of the Sahel Alliance was received by the transitional President of the Republic of Mali, Mr. Bah N’Daw, and by the Prime Minister, Mr. Moctar Ouane, to whom she expressed the wish that Mali find “the paths of peace, stability and prosperity”. She also met her counterpart, Zeini Moulaye, and other members of the transitional government.

In Bamako, Minister González Laya and Mali’s Minister for the Promotion of Women, Children and the Family, Bintou Samaké, visited the “One Stop Center”, funded by the Spanish Agency for International Development Cooperation, which offers holistic support (medical care, psychosocial care, legal advice, etc.) to women survivors of gender-based violence.

Cooperation with the G5 Sahel countries is the main objective of the Sahel Alliance, which currently has a total of 800 projects under way, including 200 in Mali and 114 in Burkina Faso.

< The G5 Sahel: Enhanced cooperation for security and development
Norway and the IOF join the Sahel Alliance at the 4th steering committee of the coordination platform >
Scroll back to top