Every year, International Women’s Day provides an opportunity to take stock of the state of play regarding women’s rights. It is also an opportune occasion to acknowledge the persistence of inequalities between men and women, but also to raise awareness of the need to eliminate the barriers that prevent women from participating in and benefiting from peace and sustainable development efforts. The Sahel Alliance is committed to systematising gender mainstreaming in its operations by taking into account the specific challenges of women in the Sahel. Development partners in the Sahel region understand that gender equality and women’s empowerment represent a unique chance to accelerate the transition to stability and inclusive growth in the countries. 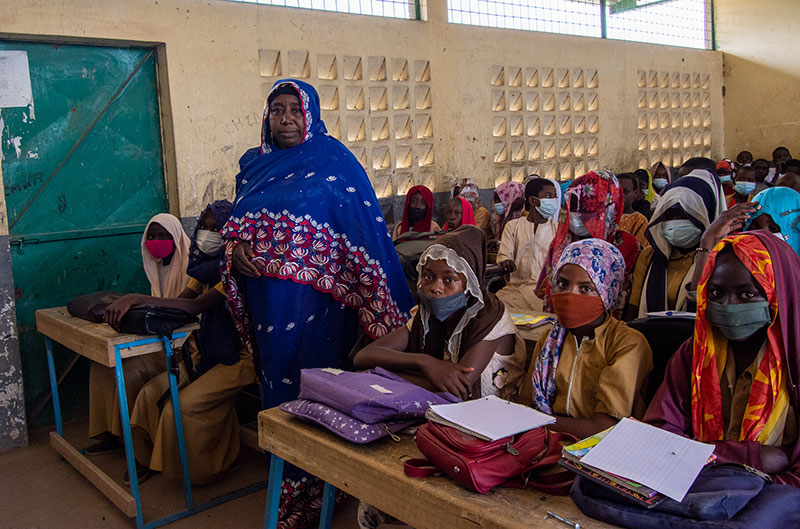 Gender issues and challenges in the Sahel

Despite their enormous potential, the G5 Sahel countries face socio-economic challenges that could be meaningfully addressed if women and men had access to the same opportunities. Unfortunately, gender indicators for the region remain very low, revealing the presence of deep inequalities between men and women. The African Development Bank’s Gender Equality in Africa Index indicates that the gender gap in the Sahel region remains the widest – with an average of 31.9%, which is below the continental average of 48.4%. This gives an overall gender gap of 68.1% across the three dimensions measured (economic, social and representation).

On the road to economic empowerment, women are hindered by discriminatory traditions and gender stereotypes. For example, while they provide 80% of the agricultural labour force in the Sahel and play an essential role in household nutrition, they have less access than men to the factors of production (land, inputs, equipment, digital tools, training, information, credit, etc.).

The maternal mortality rate, on the other hand, varies between 371.0 and 856.0 deaths per 100,000 live births, due to the high prevalence of early marriage coupled with low access to maternal and reproductive health care when women need and want to use these services. In Niger, for example, about 76% of girls are married before the age of 18. Female genital mutilation remains recurrent in the region with prevalence rates of up to 9 out of 10 excised women.

In addition, gender indicators for education are among the worst in the world. Over the course of her life, a Chadian woman will receive the equivalent of only 2.4 years of quality education compared to 3 years for a man. This inequality, combined with rapid population growth, will accentuate gender gaps in access to opportunities for human capital development, including education. Thus, according to current estimates, by 2030, nearly one in five women without education in Africa will come from the G5 Sahel, a figure that will jump to more than one in four by 2050.

In a security context marked by violent extremism and armed conflict, women and girls experience the double impact of an unstable security context and social discrimination. Yet they are excluded from the peace and security process in the Sahel.

Gender opportunity in the Sahel

Women are an undeniable driving force, particularly in the Sahel countries where they are at the heart of food security and community resilience. Economic, security, climate and structural crises have often pushed women into the informal economy (e.g. agro-pastoral production, processing of agricultural and livestock products, petty trade, etc.). Whether in conflict zones, refugee camps or during resettlement, women are at the heart of family resilience and help reduce their vulnerability to shocks. Their essential role has increased as a result of the health crisis, with an increased unpaid workload and reduced access to sources of income (due to restrictions).

The involvement of Sahelian states through the upholding of their international gender-related commitments and the gender-sensitive strengthening of policies and legal frameworks will be supported by the Sahel Alliance. The clear political will to rebuild a more inclusive and resilient post-COVID 19 society and the international mobilisation, notably through the Sahel Alliance, present concrete opportunities to promote a more prominent role for women in development projects and stabilisation efforts. As Ms. Nana Aïcha Cissé, Regional Coordinator of the G5 Sahel Women’s Platform, acknowledges, “Women’s economic empowerment is unquestionably the key to resolving security and development issues in the Sahel”.

A position supported by the Sahel Alliance through the intervention of Mrs. DIAZ, Director of Cooperation with Africa and Asia at the Spanish Agency for International Development Cooperation, during the celebration of the 20th anniversary of Resolution 1325: “the effective participation of women in the construction and consolidation of peace and security is not only a question of justice and human rights but also a question of efficiency since the participation of women at all levels is crucial for the construction and consolidation of peace processes”. 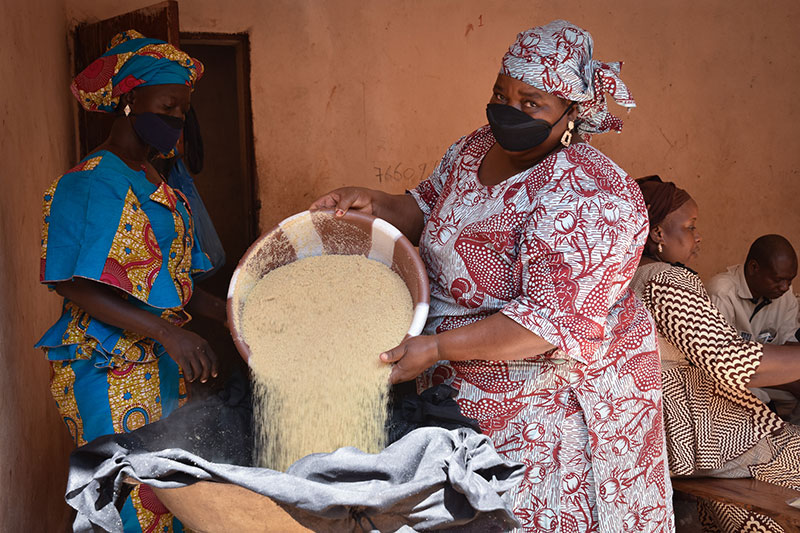 The Sahel Alliance finances various operations that promote gender equality, including the following: