Since the Sahel Alliance’s inception in 2017, its members have maintained a strong commitment in the Sahel region, despite the challenges. At the dawn of its 4th year of existence, this progress report highlights the current landscape of the donor coordination platform’s action in response to the development challenges in the G5 Sahel countries. 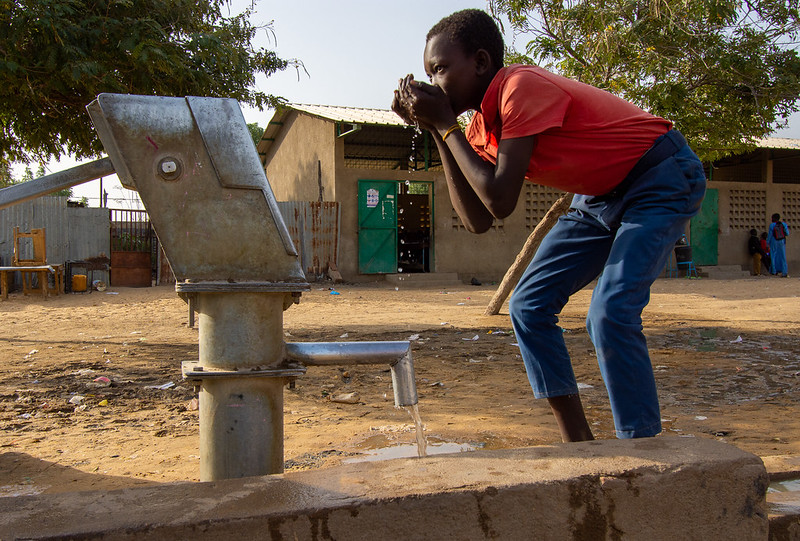 At the start of 2022, the G5 Sahel region is a source of concern: several areas are experiencing high levels of insecurity that undermine peace and prosperity. A number of countries are also plagued by political instability, making it harder to build a better future. Poverty and inequality are at the root of the region’s challenges. Yet the Sahel region holds great potential: a young, motivated and talented population, abounding natural resources, renewable energies…

Launched in 2017, at the initiative of Germany, France and the European Union, the Sahel Alliance currently comprises 26 bilateral and multilateral development partners (including 15 full members, with Sweden joining the initiative last December). In solidarity with the Sahelian people, its members are all driven by a common mission: to provide concrete and collective responses to the development challenges faced by the G5 Sahel countries, in order to improve the living conditions of their populations in the long term. The Sahel Alliance now brings together most of the institutional actors in international cooperation working in the Sahel.

In 4 years, the number of Sahel Alliance labelled projects has more than doubled, reflecting the constant and growing commitment of the coordination platform’s members on development issues.

Four main themes of intervention account for nearly 80% of funding, the main one being decentralisation and basic services (30% of Sahel Alliance funding), followed by agriculture, rural development and food security (22%).

The impacts for the Sahelian populations are concrete, for example:

The list of projects currently being implemented is publicly accessible on the Sahel Alliance’s external data portal, which was put online at the beginning of 2021 to ensure transparency and accountability.

A stronger partnership with the G5 Sahel

The challenge lies not only in mobilising more funds but also in strengthening coordination with the G5 Sahel countries to increase the financing’s effectiveness and efficiency. A strong collaboration was established with the G5 Sahel through a partnership agreement signed in 2018.

This partnership continued to be strengthened in 2021, notably with the systematic participation of G5 Sahel representatives in the meetings of the Sahel Alliance’s governance bodies: the General Assembly organised in N’Djamena, Chad in February 2021 and the Operational Steering Committees (OSCs) in June 2021 and December 2021. G5 Sahel representatives also took part in the Alliance’s thematic working groups.

This close partnership has resulted in a strong mobilisation of Sahel Alliance members for the financing of the Emergency Development Plan (EDP). Designed by the G5 Sahel for the Sahelian populations, the implementation rate of this emergency plan, comprising 22 quick-impact projects, is high: 70% of the initial commitments have been disbursed since 2019, totalling €179 million, despite the difficult intervention contexts in fragile regions. New phases are being prepared for several projects, demonstrating the willingness of Sahel Alliance members to strengthen their initial commitment.

In 2021, the Sahel Alliance – G5 Sahel partnership has also resulted in the creation of the G5 Sahel Facility, a new multi-donor financial instrument that allows for rapid and flexible action in crisis situations. The interventions financed will have to be aligned with existing regional, national or local development plans (among which the CAPI, the G5 Sahel Priority Action Framework). Germany has made an initial contribution of €50 million and a first project to strengthen social cohesion and access to basic services in Gao (Mali) will be allocated €5 million over 4 years.

2021 marks a turning point in the implementation of the integrated territorial approach (ITA) designed to increase the impact of interventions in the most vulnerable areas, with the recent “Néma roundtable”, initiated by Mauritania and chaired by the Mauritanian Premier Minister. This event illustrated the strengthened coordination and collective commitment of Mauritanian partners and Sahel Alliance members to a common goal. This workshop demonstrated the capacity of Sahel Alliance members to mobilise strongly to support the local development strategy of a priority area (Hodh ech Chargui), while emphasising support for capacity building of the devolved and decentralised administrative authorities.

Impact of the security situation on projects

Despite the deteriorating security situation, support from the Sahel Alliance’s development partners has never been so high, both in terms of volume and number of development projects. In recent months, partners have strengthened the coordination of their interventions, increased joint planning with the authorities, increased the exchange of information between stakeholders (security forces, humanitarian, diplomatic, stabilisation, etc.) and adopted more flexible and rapid approaches.

In Mali, the Sahel Alliance members continue to intervene in a significant way and work jointly on an Integrated Territorial Approach in the priority areas of the North, Centre and South Arc. The consequences of the sanctions taken very recently by ECOWAS on development programmes and projects are being studied by the various donors involved.

In this fragile context, the Sahel Alliance’s coordination role is more relevant than ever.  Sahel Alliance members continue to work with the Sahelian populations to support the creation of sustainable economic, educational and health opportunities. The response to the crisis in the Sahel cannot only focus on security: the fight against poverty and inequality remains essential to turn the tide in the region.

< 7th Operational Steering Committee: Building on the region’s potential and strengthening coordination and partnerships in the face of the current perils in the Sahel
Mission of the Sahel Alliance Coordinator in Chad >
Scroll back to top