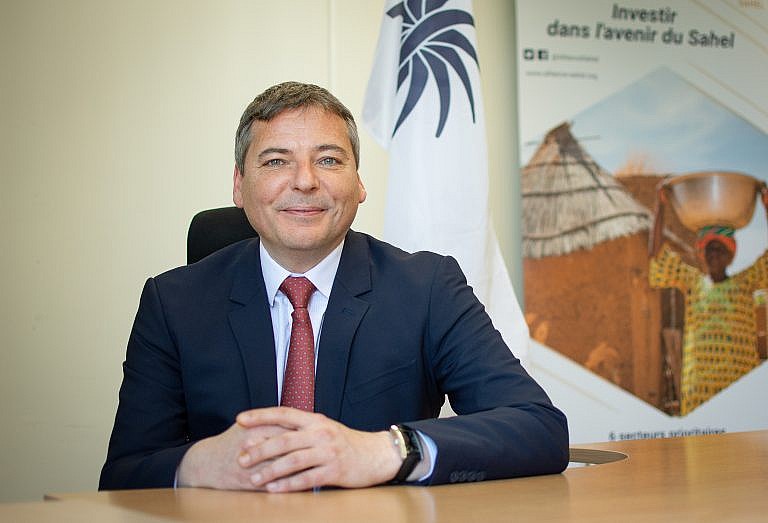 This month of November was marked by the crucial COP 26. In the Sahel, the challenges and impacts of climate change are immense and exacerbate existing vulnerabilities. Temperatures in the region are rising one and a half times faster than in the rest of the world. The Sahel Alliance is fully aware of these issues and the challenges they represent for the region and has issued a statement on climate change in the Sahel, setting out the recommendations and commitments of its members.

At the initiative of the World Bank, a meeting was held prior to COP26 entitled “Building back better after the crisis: towards a green, resilient and inclusive future in the Sahel”. This high-level session, which brought together Alliance members and the G5 Sahel ministers, provided an opportunity to introduce the “Country Climate and Development Reports” (CCDRs) and to discuss the actions that need to be taken.

Alliance members are providing significant support to G5 countries in implementing ambitious adaptation and mitigation programmes – one third of the projects supported by the Alliance have a primary or significant objective related to the fight against climate change. These efforts are substantial, but they need to be intensified.

For the Sahel Alliance, the end of 2021 is also marked by a series of important activities, as close as possible to our partners and our members. In recent weeks, I have travelled to Niger, Mauritania and Burkina Faso to meet the G5 Sahel authorities and the representatives of our members, to strengthen our partnership and the coordination dynamics on the ground.

In Niger, this trip was conducted jointly with the High Representative of the Coalition for the Sahel, the European Union Special Representative for the Sahel and the Secretariat of the Partnership for Security and Stability in the Sahel (P3S). This joint mission, centred on meetings and key visits, demonstrated the unity of action and complementarity of the various coordination platforms working in the Sahel.

In Mauritania, it was conducted with Mr Christoph Rauh, the current chair of our Operational Steering Committee (OSC). This visit allowed the strengthening of the partnership with the Mauritanian authorities, in particular by preparing the round table of Néma, which brought together, around the Mauritanian government, all the members of the Sahel Alliance mobilised for the implementation of the Integrated Territorial Approach (ATI) in the Hodh Ech Chargui. It was also an opportunity to meet the new Executive Secretary of the G5 Sahel and his teams and discuss the future new development and security strategy. On this occasion, together with the SEG5, we officially launched the “G5 Sahel Facility”, financed to the tune of 50 million euros by the BMZ and open to all members of the Alliance, to support the most vulnerable regions and populations of the G5 Sahel.

In Burkina Faso, the mission allowed to strengthen dialogue and consultation with the national authorities in charge of the G5 Sahel and the coordination dynamics between Alliance members and partners on the ground, against the backdrop of a particularly worrying security context.

In each of these countries, I reminded our partners of the importance of the rapid impact projects of the Emergency Development Programme (EDP), designed by the G5 countries and financed by our members to the tune of EUR 266 million. In many respects, these projects, which are being implemented at a much faster pace than that usually observed, are making a significant and early contribution to the objectives of the “civil and political surge” adopted at the N’Djamena Summit in February 2021.

I also stressed to the authorities I met the importance of involving the Sahel Alliance, through its spokespersons, in the work and meetings of the national committees monitoring the implementation of the N’Djamena roadmap, under Pillar 4/ Development of the Coalition for the Sahel. Without this, we will not be able to ensure the expected accountability for these commitments.

Finally, thanks to the very frank exchanges I was able to have with our partners and with our members represented on the ground, I was able to draw a number of lessons regarding the critical issue of anchoring and operationalising the Alliance in the G5 countries, lessons that I will present at the next convening of our operational steering committee.

As I write to you, we have just concluded the workshops of the Alliance’s coordination groups, which were attended by more than 100 participants in Brussels and virtually. These workshops, which brought together our members and partners, were by all accounts a success.

They provided an opportunity for substantial exchanges, the conclusions of which will be presented at the 7th meeting of the Sahel Alliance’s operational steering committee, which shall take place on 13 December. This meeting will, in particular, allow us to discuss the next development and security strategy of the G5 Sahel, the situation in Mali, the Great Green Wall initiative that will be presented to us by Mr. Ibrahim Thiaw, Executive Secretary of the United Nations Convention to Combat Desertification and guest of honour of the OSC, the results of COP26 and the implications for the G5 countries.

Wishing you a good reading,

Life of the Sahel Alliance

News from our members & partners